Hammer Action vs Weighted Keys (and which is better) 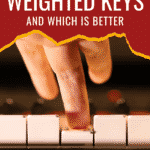 The degree of resistance is what distinguishes hammer action vs weighted keys. Hammer action keyboards have similar playing qualities to acoustic pianos, since they both use a hammer action. Weighted keys are perfectly balanced, with the same weight from top to bottom of the keyboard, and use a spring and weight system.

Hammer action and weighted keys sound similar and can often cause confusion when buying a digital keyboard, especially if you are unfamiliar with the terms. So, what is the best type of keyboard to buy and do weighted and hammer keys matter?

Have you ever gone to a big box store and played around with the bargain electric pianos on display? Did you notice how the keys had no resistance to them? These were most likely unweighted keyboards.

Now think about how a grand piano sounds and feels when you strike the keys. As you press down, you feel some resistance. No matter how gently or slowly you press, you will always produce some sound.

Weighted keys on a digital piano attempt to replicate the feel of an acoustic piano using a simple spring and weight system.

There are two types of weighted keys –  semi-weighted and fully weighted. Let’s take a look at them both.

Semi-weighted keys are usually found on entry-level digital pianos. They use springs and weights to add resistance. Even with the use of springs, the keys can feel light to touch and sluggish when they rebound back.

Although semi-weighted keyboards are suitable for learners, they are not great if you want to show off some of your more amazing piano skills like quick repetition. They don’t have the same bounce-back that you get with a traditional piano. Although this makes playing easier, you lose some of the technique that comes with playing a traditional piano.

Semi-weighted digital pianos are perfect if you want a reasonably priced keyboard for a beginner.  If your child has a burning desire to learn the piano, a semi-weighted keyboard is not going to break the bank and you won’t feel so bad if it gets neglected and ends up gathering dust in the corner.

Fully weighted keys work in the same way as semi-weighted, but the resistance is greater. A digital piano with weighted keys is perfect for beginners learning to play the piano. The additional weight on the keys enables learners to build up the strength in their hands as they learn to play.

On a real acoustic piano, you feel the counterweight in the keys when playing. What that means is you feel the hammers go up and down. A weighted keyboard has shorter keys and works on a spring and weight system, so you don’t feel that counterweight.

Acoustic pianos and digital pianos with weighted keys feel very different to the touch and some may find it hard to transition their playing from one to the other. If you are learning to play on a traditional piano and practicing on a weighted keyboard, it may surprise you just how different they feel.

How is a weighted keyboard different from an acoustic piano?

Weighted keyboards allow you to feel some resistance as you strike the keys, similar to an acoustic piano. But it’s not quite the same. The biggest difference is that with a weighted keyboard the resistance is balanced over the length of the keyboard.

Another difference is that a weighted action keyboard is a lot lighter to the touch, and since the keys are usually plastic, they feel much different from a traditional piano key.

Size and weight of a weighted keyboard

Digital pianos with weighted keys are usually small, light, and easy to transport – easier than hammer action keyboards. This also makes them easier to store when not in use. You may not want a keyboard on display in your home or even have the room to keep it out all the time, in which case you can buy one with a folding stand.

How much are weighted keyboards?

Since basic weighted keyboard pianos are at the cheaper end of the scale when it comes to digital keyboards, if you are just learning to play piano they are a good place to start.

If you’re a beginner, you can buy a weighted digital keyboard in the $200-$300 range, but you may be making compromises on sound, quality, and number of keys. Full-featured starter keyboards generally begin in the $400-$600 range.

Moving up the price tier, a mid-range keyboard will cost around $800-$1200, and finally, at the top end of the market are professional stage keyboards which cost in the region of $3800.

Pros and Cons of weighted keyboards

The first thing that you notice with a hammer action keyboard is the length of the keys. The keys are longer in order to create the counterweight that a traditional piano has.

A hammer action keyboard has small hammers attached to the end of each key. As you press down the hammer goes up, and as you release it goes back down.

This video shows the inside of a hammer action keyboard and how the hammers work.

Hammer action keyboards produce a more realistic sound, plus you get better bounce back, which feels more like an acoustic piano.

Because the hammer action keyboard feels so much like playing a traditional piano, it makes the transition from one to another a whole lot easier.

What is graded hammer action?

When playing an acoustic piano, the bass notes have more resistance due to the thickness of the strings, and the heavier hammers needed to make the strings sound. The higher notes have thinner strings and lighter hammers, so they have less resistance.

Graded hammer weighting replicates these changes in the keyboard keys and gives a far more authentic playing experience, with a realistic key depth and more resistance in the lower keys.

If you want to invest even more in your keyboard, we recommend a graded weighting digital piano that has wooden keys. You’ll achieve a far more expressive performance when you combine wooden keys with a graded hammer keyboard.

Who is a Graded Hammer Action Keyboard For?

Keyboards with graded hammer weighting are top of the range when it comes to digital pianos, and they usually carry the price tag to match. If you are any sort of advanced player or a professional involved in stage performance, this is the instrument for you.

If you’re a beginner it gets a little trickier. It would be fair to say that as a beginner pianist, you might not have the budget for a graded hammer keyboard. If you’ve never played the piano before and are not sure if you’ll like it or be any good at it, you may end up with a very expensive place to hang your clothes.

On the other hand, piano teachers do recommend graded hammer keyboards due to the greater similarity with playing acoustic pianos. After all, there is more to playing the piano than simply pressing the right notes. There is a technique to piano playing that you may not get when playing a weighted keyboard.

Hammer keyboards force you to use those techniques. The weight of the keys helps to build strength in your hands and teaches you how to control your muscle movement so that you can play both quietly (pianissimo) with a lighter touch, and pound on the keys to get a louder sound (forte).

This can help you get started with proper technique off the bat, which will help as you develop your skills.

Any electric piano with hammer action will be bigger and more solid than a weighted or unweighted keyboard. This is due to the additional mechanics involved with the lever system.

Often, though, hammer actions keyboards look more like an upright piano, so make sure you have plenty of space for one at home.

How much are hammer action keyboards?

The lowest cost hammer action keyboards out there begin in the $500 range – however, as with any budget instrument you may be making compromises. Better quality begins in the $700-$1200 price range on up, with top ranked professional and stage keyboards costing $2,000 – $4,000. The top tier instruments might have similar action to mid priced models, but will high quality sounds (and more of them).

Pros and cons of a hammer action keyboard

It’s a good idea to balance out playing time on hammer action keys with time on an acoustic piano, and even a grand piano, so that you can make sure to develop proper technique.

The main difference is that hammer action digital pianos are much closer in feel to actual pianos due to the hammer mechanism. Graded hammer action is even closer, because it mimics the different resistances up and down the keyboard.

With a traditional piano, the bass keys have a lower tone and more resistance, which is due to the thickness of the strings. Bass strings are thicker than the strings at the higher end.

The hammer size also changes as you progress up the piano. The hammers at the bass end are heavier, as they have to make the thicker string play a sound. Understandably, the thicker the string and the heavier the hammer, the harder it is to produce a noise. That is why bass keys feel heavy and treble keys feel lighter.

Hammer action keyboards, on the other hand, try to replicate the real piano feel by incorporating a hammer mechanism into the keys. Graded hammer feels even more like a real piano.

This article explains more about the mechanics of a piano.

How can you tell the difference between a weighted and a hammer keyboard?

Weighted keyboards have shorter keys and the rebound will feel spongy or sluggish. Hammer action keys have greater resistance and feel similar to acoustic pianos.

There are advantages and disadvantages to both types of keyboards, and the best instrument for you all depends on your needs and budget. Weighted and semi-weighted keyboards are lighter to the touch and if you’re familiar with playing these, you may find it harder to play than hammer action keyboards.

Experienced pianists, and jazz musicians in particular, may find that their playing benefits from the graded weighting and more realistic bounce-back of hammer keyboards. But a full-weight, 88-key hammer action keyboard is heavy, and even the lightest versions are not particularly portable.

Which keyboard should I buy as a beginner?

If you are just starting to learn to play the piano, a weighted keyboard might seem like a good option. And it will help you to get a feel for playing the piano and help you to strengthen your hands. However, it may stunt your growth long term due to unrealistic feel of the keys.

Which digital piano has the best key action?

Some of this is subjective. But each of the top digital piano brands develops their own proprietary key action systems, each with their own unique feel. Some are more realistic, some are heavier, some are lighter.

How do I know which keyboard is right for me?

We recommend visiting a music or specialist digital piano store and trying a few different types of keyboards. Spend some time playing them and get a feel for what suits you and your style. 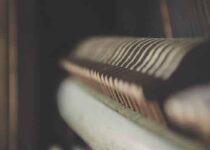 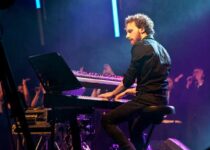 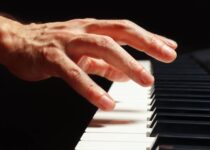 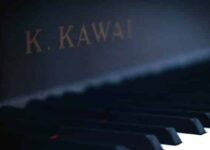 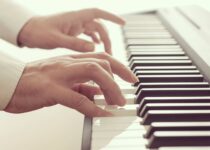 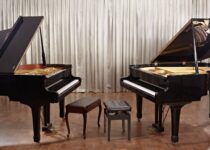